I was listening to the “Phantoms of the Brain; Probing the Mysteries of the Human Mind” audiobook by V.S. Ramachandran and Sandra Blakeslee. It’s a fascinating read about Dr. Ramachandran’s work with Phantom Limbs. 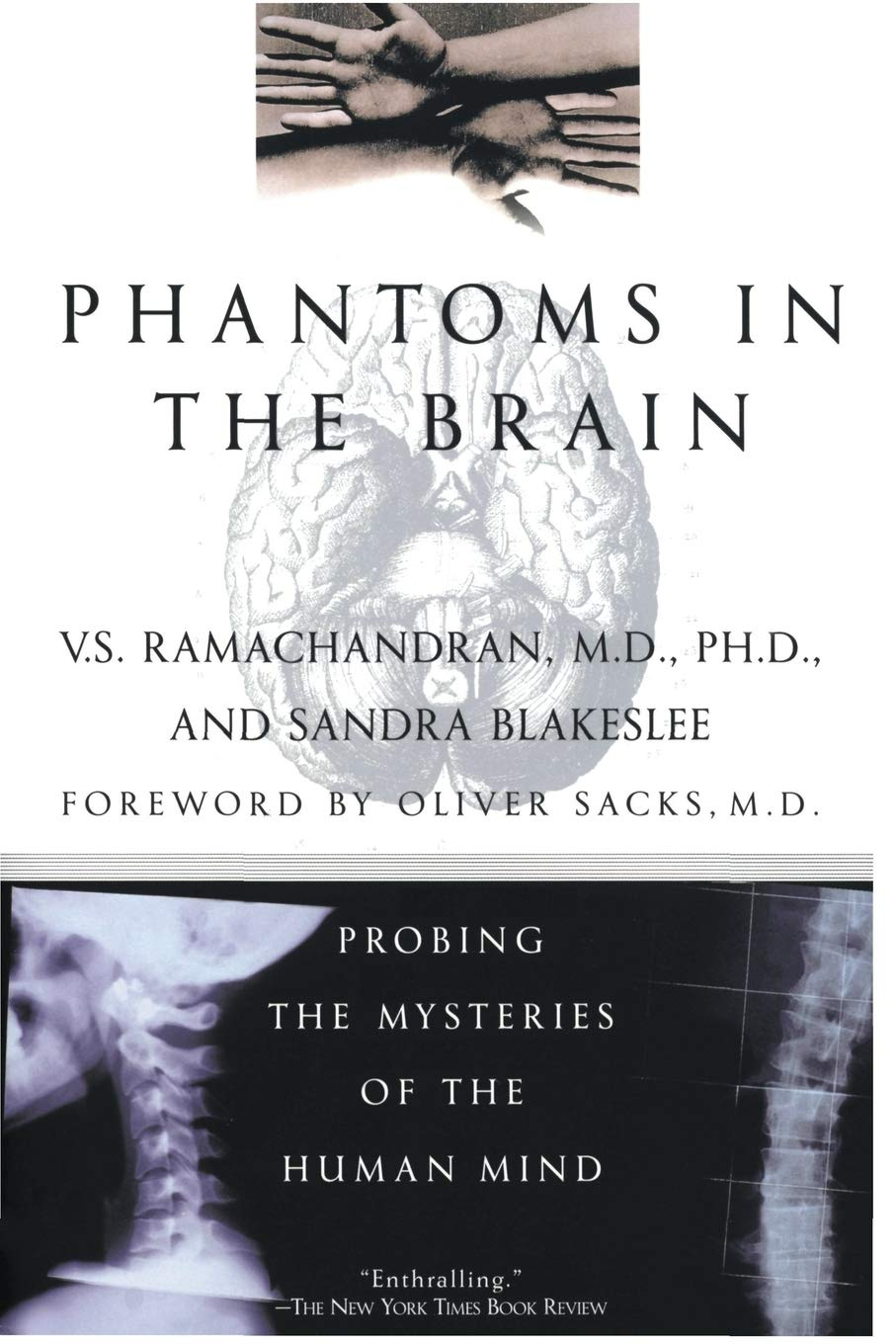 Dr. R and Sandra have an approachable way of introducing this highly complex subject and are able to add in some humorous anecdotes along the way. I absolutely recommend this book; in fact, it was Vedasaurus’ “Lazy Book Club” pick for August 2021. What I love about Dr. R’s approach is that he is a PhD and M.D. and isn’t afraid to look medical knowledge in the eye and say, what about researching with some holistic approaches?

In the Chapter “Knowing Where to Scratch”. Dr. R talks about his clients having a most interesting sensation! Dr. R includes this direct quote from one of his patient’s, “Doctor, every time I have sexual intercourse, I experience sensations in my phantom foot. How do you explain that”? 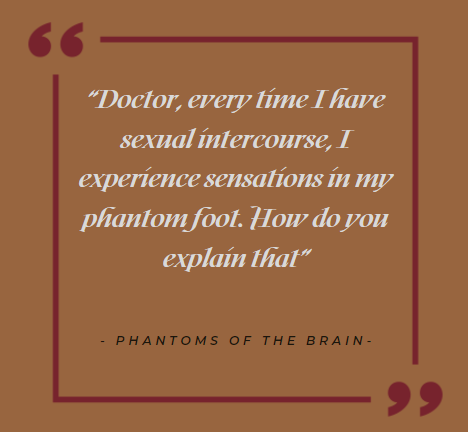 Phantoms of the Brain later goes on to say:

“Patients don’t make up such stories, Ninety-nine percent of the time they’re telling the truth, and if it seems incomprehensible, it’s usually because we are not smart enough to figure out what’s going on in their brains. This gentleman was telling me that he sometimes enjoyed sex more after his amputation…. this makes me wonder about the basis of foot fetishes in normal people.”

Dr. R goes on to hypothesize that perhaps the foot’s sensations are next to the pleasure center in the brain’s map. I paused the audiobook and challenged myself to try to see if I could produce an explanation from the Ayurvedic Perspective. Instantly I ran downstairs and grabbed my “Marma Points of Ayurveda” by Vasant Lad. 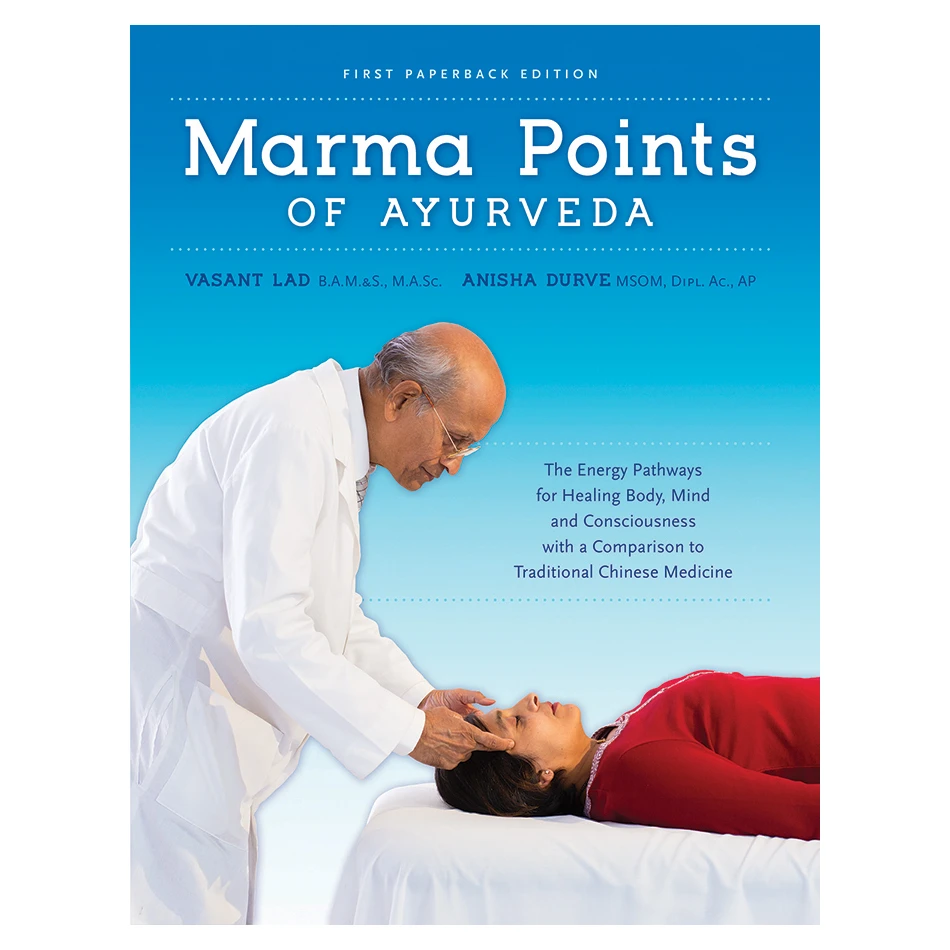 Marma is a fascinating area of Ayurveda. If you are familiar with Traditional Chinese Medicine (TCM) and Acupuncture, Marma works similarly. All over the body there are several hundred energy points that help aid the body. In TCM these points are where the acupuncturist will insert the needles. If you have ever gotten acupuncture, you may wonder why you told the practitioner that you were having headaches and then they inserted a needle on your foot! That’s because the body has connections all over the body. By allowing Chi to flow in certain areas it allows other areas to become unblocked. Marma works the same way. Marma is the Ayurvedic energy points, only in Ayurveda we aren’t fans of needles. Instead, we use oils, topical herbal concoctions, and gentle massage to activate our points.

If you are still scratching your head a little and confused as to what in the heck I am talking about. Let’s, use Dr. Lad’s explanations to help clear things up. Marma is “a vital point on the body that is used therapeutically and diagnostically… similar to acupuncture points, where consciousness is most expressive.” Working with Acupuncture Points or Marmani is like working to unsnaggle a sweater. Sometimes it helps to clear the tangle by working at the site the tangle is. Other times, it helps to pull the string’s end in a completely different area of the garment to help untangle the knot.

I had a hunch that there might be a connection between the groin and the feet. Modern medicine doesn’t view the body through these energy points. But I wanted to see what Ayurveda thought.

The Marma point associated with stimulating sexual energy is known as Bhaga. Bhaga is Sanskrit for “Sexual Pleasure” for both the physical sense and spiritual connection. This energy point is located in the middle of the public symphysis. Ayurvedists use this point for male and female reproductive organs, relieving pelvis pain (including menstrual cramps), and regulating the bladder. Ayurvedic practitioners will use topical herbalized oils on this location to help with impotence, low libido, abdominal pain and distention, pelvic pain, and decreased testosterone and estrogen. The same herbs that can be used topically can be used internally, they include Ashwagandha, Bala and Shatavari.

There is a Marma point on the midpoint of the big toe, Pada Kshipra which translates to “foot” and “immediate action”. Ayurvedic Practitioners will use this point to help immediately work on vertex headaches, insomnia, and shortness of breath. This area also connects with female and male reproductive tissues! Monks and Kundalini Yogis will sit in a half-lotus position (AKA known as crisscross applesauce), by having the big toe pressing into the perineum the pressure builds kundalini (spiritual) energy and reduces libido. When the meditation is done, one can press on the big toe and allow materialistic and sexual energy flow back in. 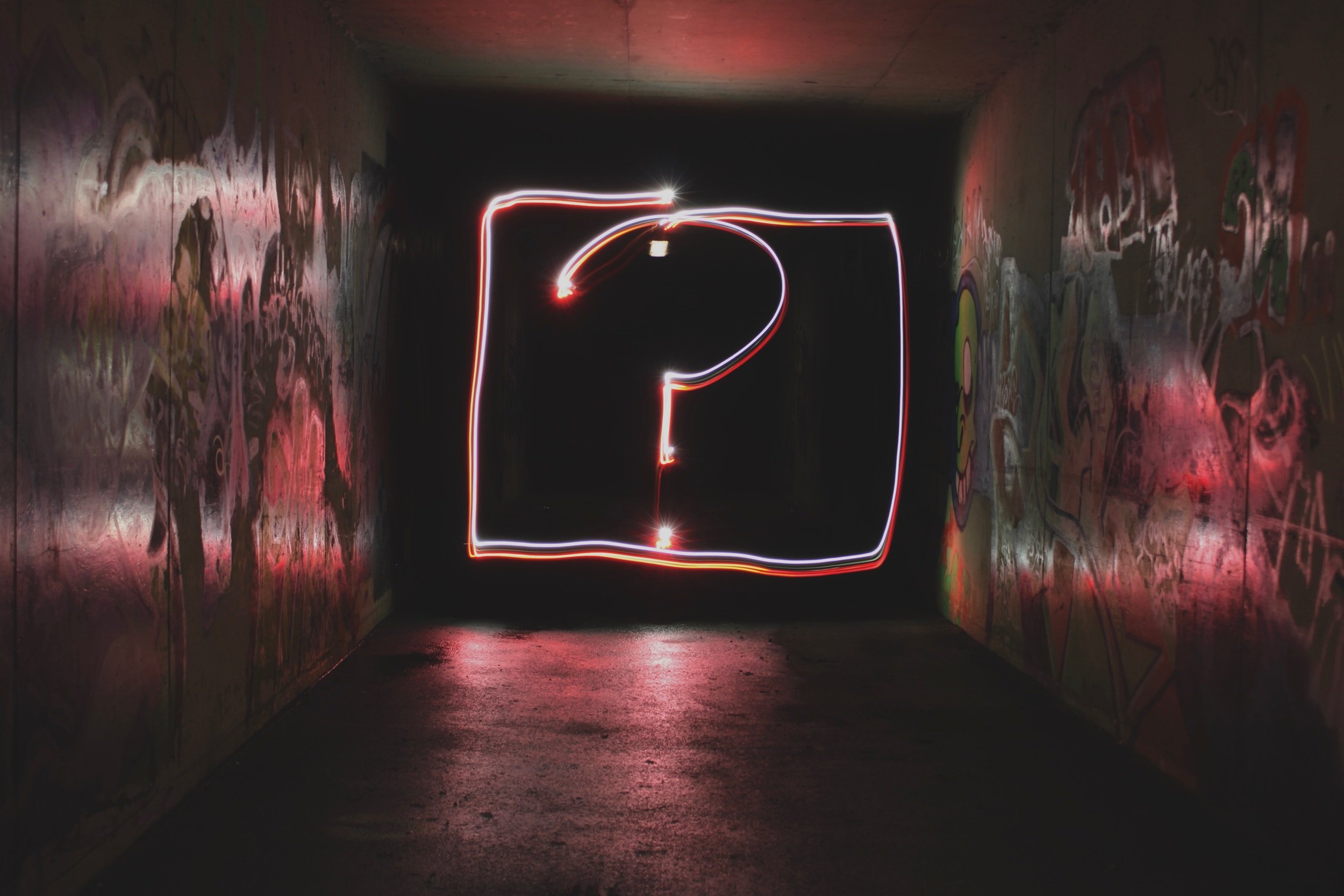 More research will need to be done, but there is definitely a connection between the big toe and sexual response. Perhaps this where the phrase “toe curling orgasm” comes from? Marma like everything in the world can become out of balance – too sensitive or numb. So perhaps people with active Pada Kshipra points are why some people have foot fetishes. Activated and overly sensitive Pada Kshipra may allow for some people to find foot rubs or touches very sensual, sexual, or even orgasmic. Since Marma are energy points and not physical anatomy, there is a possibility that during a Phantom Limb experience the Marma could still be activated. I found this to be such an interesting exercise. Going from Phantom Foot Sexual Sensations and being able to discuss that possibility from a Marmani perspective. I encourage the reader that next time you can’t explain a phenomenon try to look at it through an Ayurvedic lens. There may be an interesting answer there!

Maria Martinez, owner of 360 Prosperity interviewed Vedasaurus about this very topic. In this 25 minute interview I explained Marma and the ease of integrating marma therapy into every day routine.

sex marma ayurveda phantom limb groin orgasm audiobook
What In The World Is Ayurveda
LOW & SLOW SO YOU CAN GET IN THE FLOW
Balancing Is Really Quite Elemental, My Dear
Comments