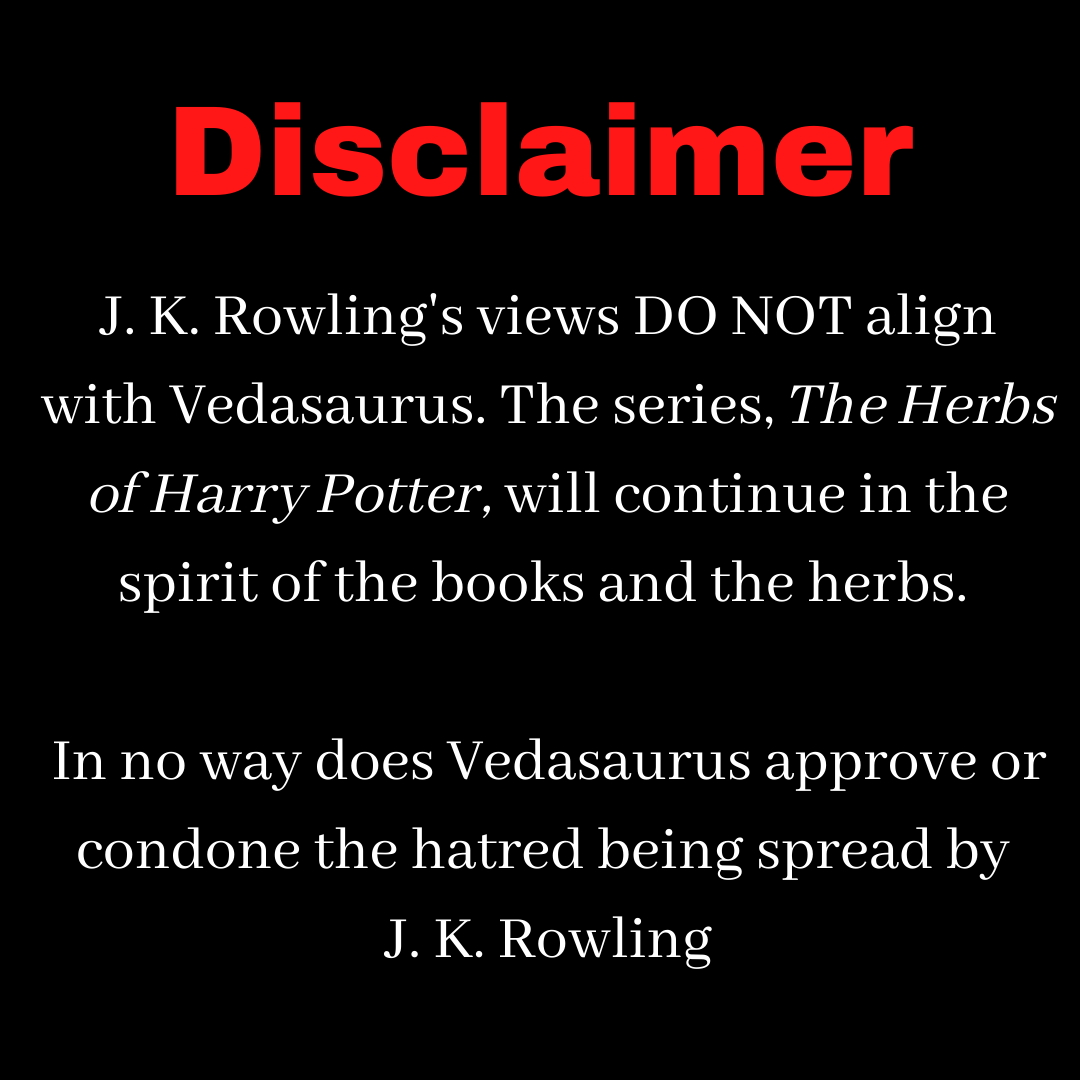 We here at Vedasaurus are extremely saddened and disgusted to see the hate that is being spread by J. K. Rowling, author of the Harry Potter series.

Vedasaurus is a Safe Space, that supports all humans. Regardless of their race, gender, sexuality, age, who they choose to love, and/or how they choose to identify themselves.

It’s been tough trying to decide whether or not to continue with this Herbs of Harry Potter series. These books were so magical to me as a child and I thought it was a wonderful way to revive that magic as an adult herbalist. But seeing so many Tweets and news Articles about J. K. Rowling and all of her hatred, this has been a struggle for me.

J. K. Rowling’s views are not mine, nor are they ever going to be allowed in the space that Vedasaurus creates, whether online or in person.

After much meditation I decided to pick the chant up of fans of these books, “keep the books separate, they belong to the readers”. The Herbs of Harry Potter series will continue for now in the spirit of the books and the herbs, and never about the hatred propagated by its author.

Welcome to the Herbs of Harry Potter
Wolfbane (Aconite)