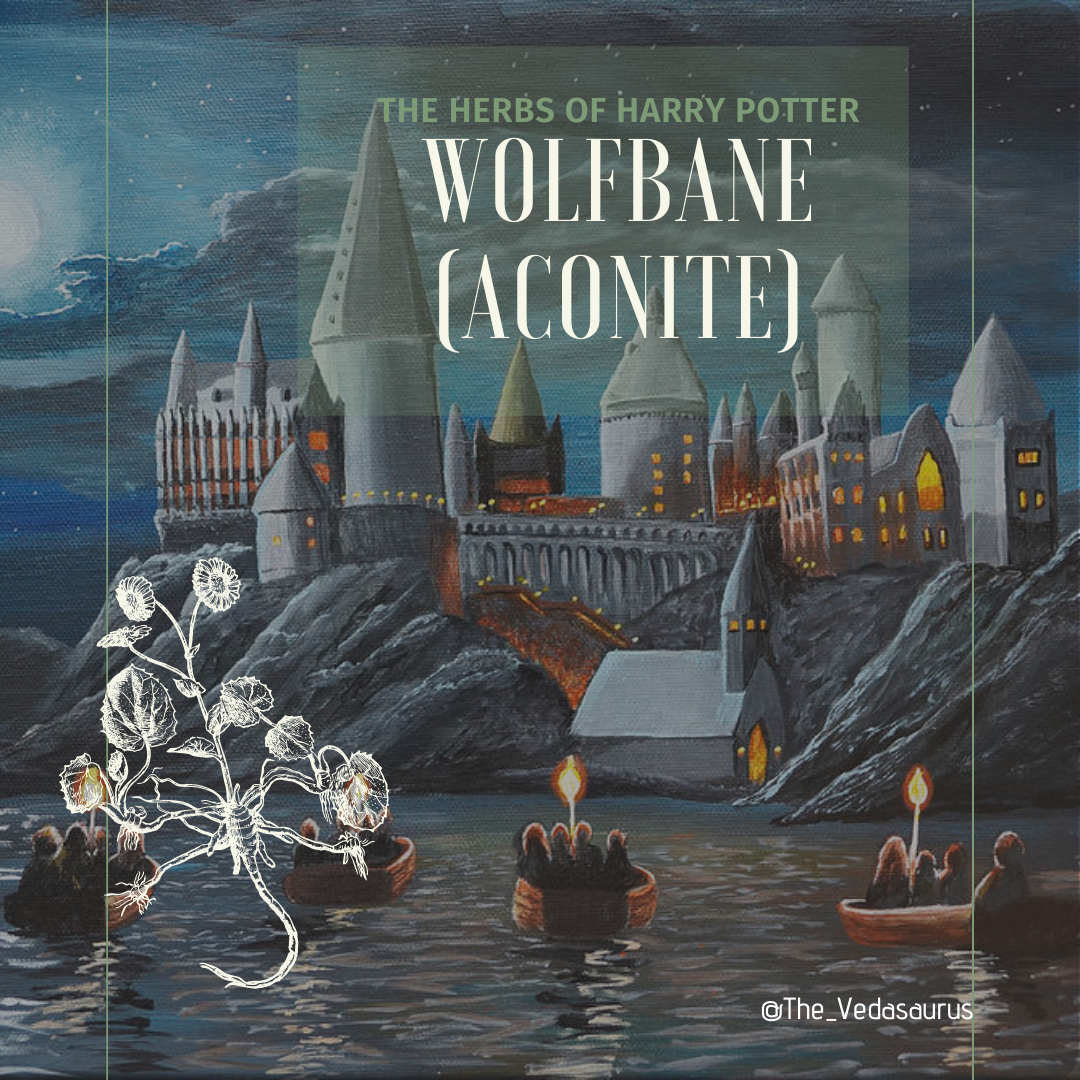 “What is the difference Potter, between Monkshood and Wolfsbane…. [insert a lot of great Harry Potter and Professor Snape back and forth] …they are the same plant, which also goes by the name Aconite” 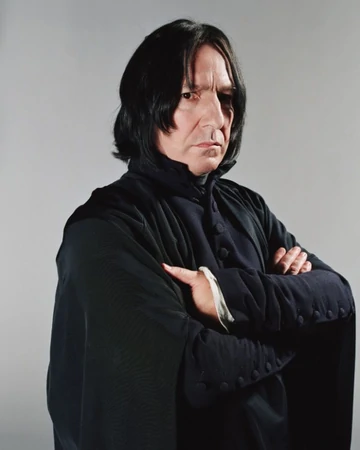 Professor Severus Snape may have been a grouchy and condescending professor, but you can take his herbal wisdom to the bank! He especially knew all about those poisonous plants. Aconite is an extremely poisonous plant. 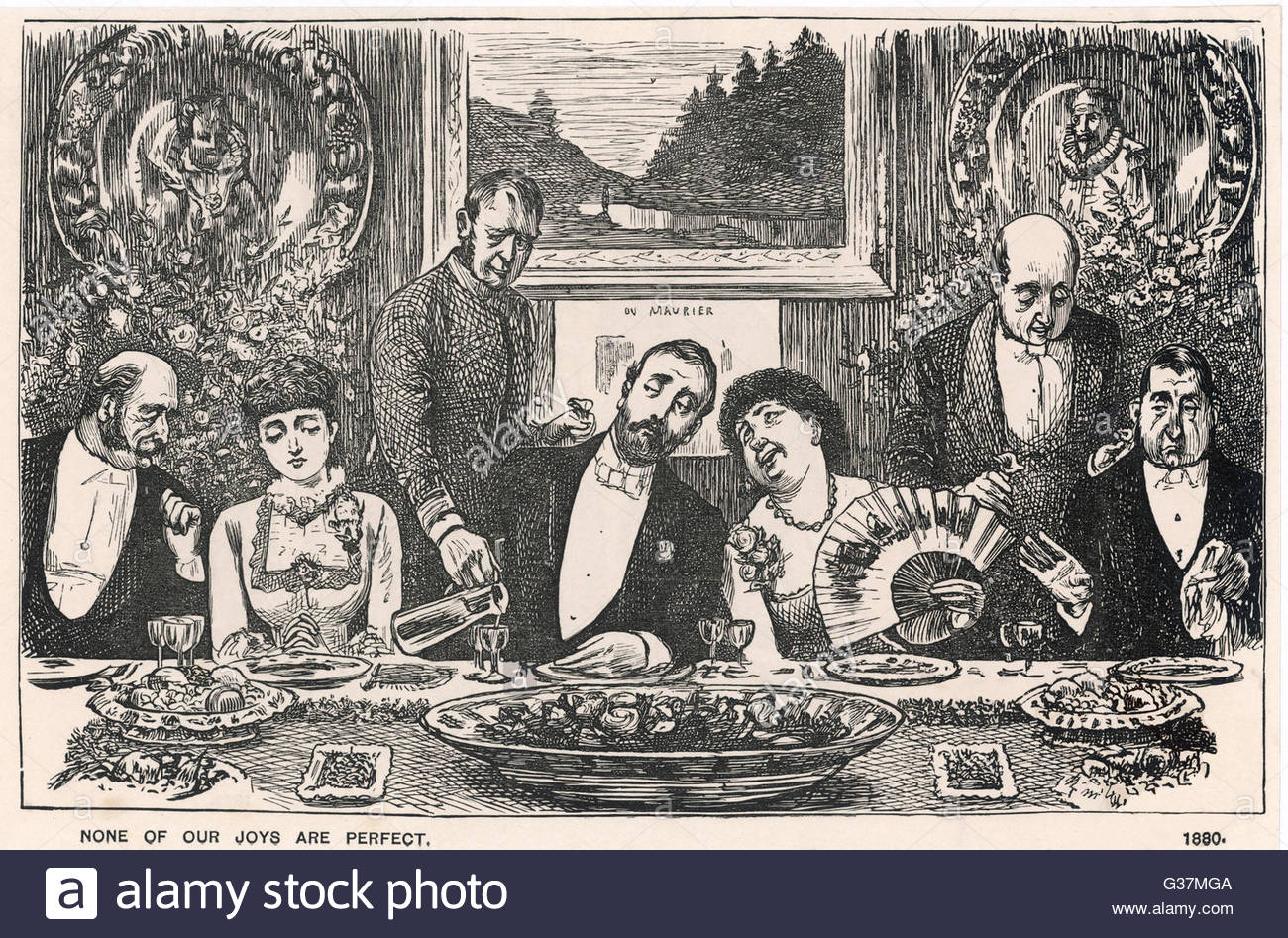 I’d say just ask the Dingwall dinner party about their thoughts about Aconite. First of all, you’d have to be able to time travel back to 1866 Scotland and second of all Aconite might be a bit of a sore subject for them as most of the party died from an accidental Aconite poisoning. Those that didn’t die were severely ill after the party. The cook mistakenly harvested Aconite when she meant to grab Horseraddish from the family garden!

If Aconite is ingested improperly that person will experience paralysis of the nerves, a sudden drop in blood pressure and severe vomiting. (What a great way to end a dinner party…. As if small talk wasn’t annoying enough!)

Eventually it can – and probably will – lead to asphyxiation and death. If Aconite comes into contact with the person’s skin, that person will experience tingling and localized numbness. Depending on how long the contact was, the poison could sink so far into the skin that it reaches the blood system. If that is the case, the person could experience a cardiac arrest. 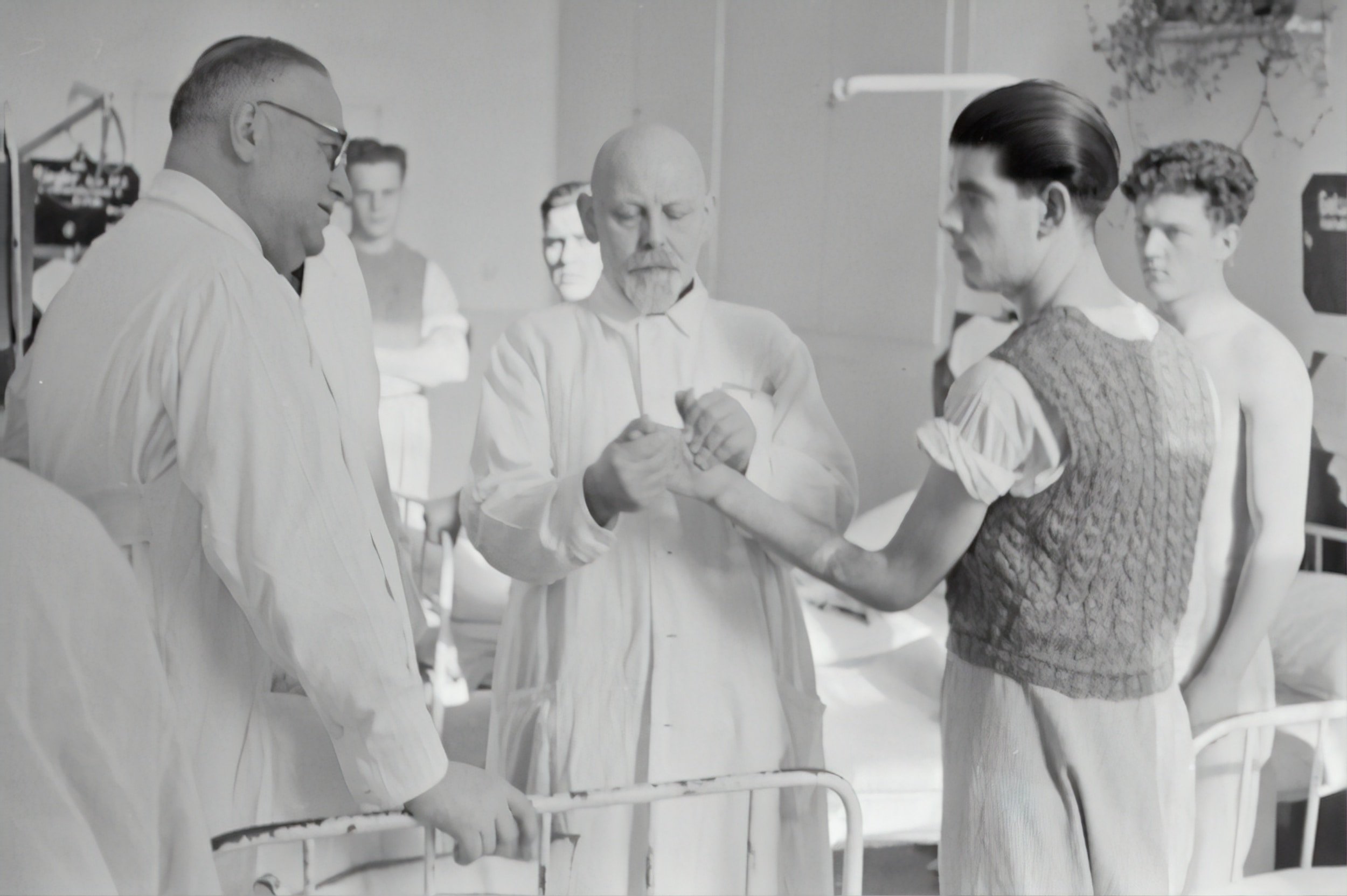 Aconite took out an entire dinner party accidentally, just think about someone with dastardly thoughts on the brain getting their hands-on Aconite? In the 1930s the Nazis tried to weaponize Aconite. It was one of many herbs and chemicals used in a formula that was coated onto bullets. The Nazis were hoping for the perfect poison bullet. 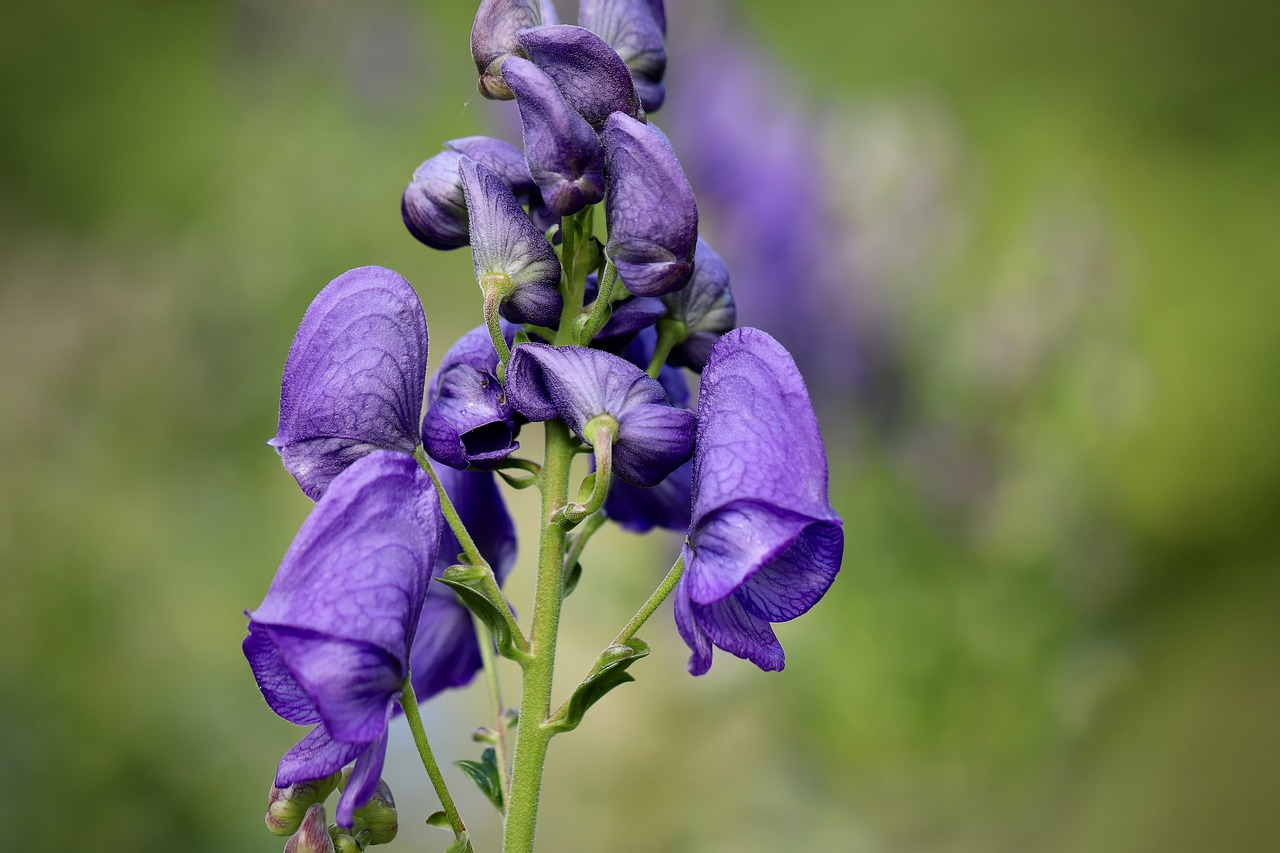 Aconite in experienced and loving hands can be an incredible healing aid. In Traditional Chinese Medicine (TCM) Aconite is used as an powerful metabolic stimulate. Aconitum praepartum is a special way of preparing the aconite used to warm the entire body up to remove deep seated blockages and toxins from the body.

Aconite’s bitter and sweet tastes have been known to help balance the mind-body after an emotionally tragic event. (One could make the argument that turning into a werewolf every full moon could be categorized as an emotional event).

Topically Aconite is a fantastic pain reliever. Just remember in an imbalanced use it causes the skin to tingle and go numb, just think about how pleasant that might feel in a carefully prepared medicinal approach! TCM will use Aconite for arthritis, neuroglia, lumbago, and rheumatism.

It is so important with Aconite to have a trusted source, because as we learned a little pain relief might end up having the side effect of a little cardiac arrest. And I don’t know about you, but that isn’t a tradeoff I am particularly desirous of. 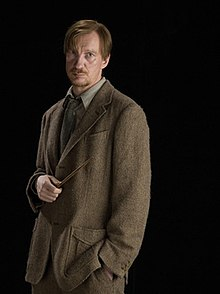 Love him or hate him, Professor Snape can be considered a trustworthy source with his Aconite formulas. He was the one who created the aconite preparation that Professor Lupin used each month to “bane” his wolf. (Get it because he is a werewolf, and aconite is known as wolfbane?!)

When Lupin was packing up to leave Hogwarts, he tells Harry “before the Wolfsbane Poison was discovered, however, I became a fully-fledged monster once a month It seemed impossible I would be able to come to Hogwarts”.

Aconite was rumored to be an addition to any European Middle Ages Witchy Brews. Today’s Pagans will use Aconite in Athame consecration ceremonies. (Athames are the ritual knife or blades). The Aconite is thought to cleanse the ritual dagger by burning away old energy, lurking old negative monsters and for protection.

Aconite in ceremony is used symbolically as a way to break a person out of a certain mindset. It allows the ‘lethargic monster’ to be released. Sounds a little like the transformation that almost caused Lupin to miss his chance at Hogwarts! 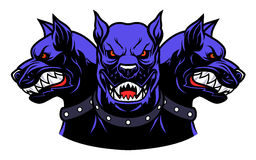 Our muggle lore and myths surrounding Aconite definitely seem like something that could fit into the Potter-verse. According to Greek Mythology Aconite is derived from Cerebus’ spit. If you will recall, Cerebus is the three-headed dog that guards Hades.

Wonder if the trick of singing a lullaby would have helped the Greeks the same way it helped Harry, Ron, and Hermonie get passed Fluffy on their way to retrieving the Sorcerer’s Stone?

The same stories told of using arrows tipped with Aconite in order to poison their enemies. (Perhaps the Nazis got the idea from this macabre bedtime story). The nickname of "Wolfbane" was used because warriors used their poison arrows on the wolves!

Over the years Aconite has had several culturally interesting nicknames. Including Wolfbane, Monkbane, Thor’s Hat, Leopard Bane. Although I have to personally admit that I am tickled pink by the idea that some Herbalists are starting to call Aconite after its newest nickname: Dumbledore’s Hat. 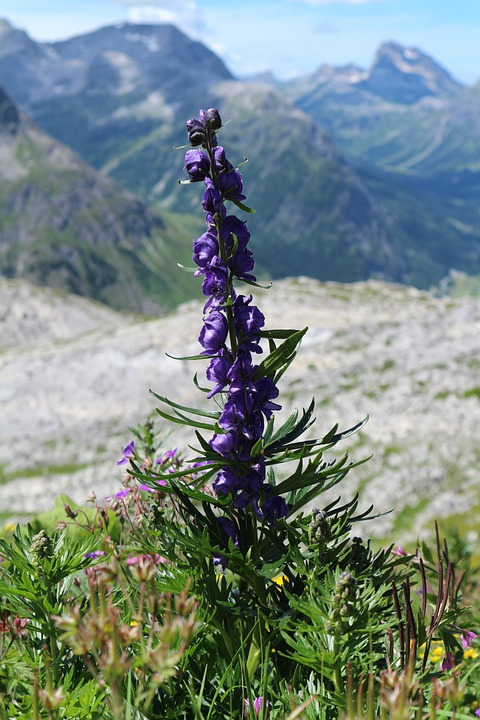 Aconite is a very real herb, with a fascinating mythological and botanical journey attached to it. Here are a few suggestions for how you could get to know this magical herb yourself:

Disclaimer: Please consult a medical doctor or herbalist before using these herbs